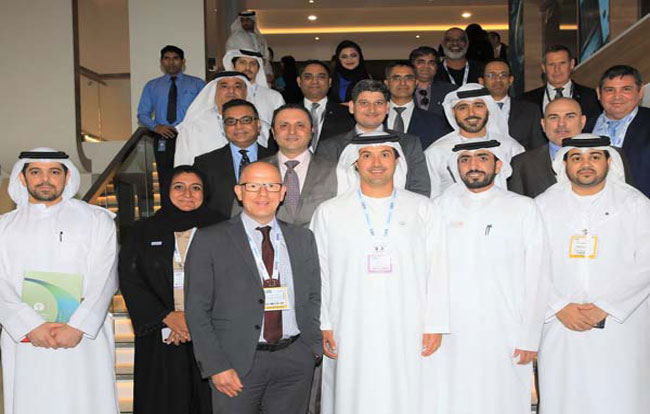 Dubai, UAE; 23 April 2018: Following the announcement of the economic stimulus by His Highness Sheikh Mohammed bin Rashid Al Maktoum, the Vice President and Prime Minister of UAE and Ruler of Dubai to reinforce Dubai’s economy in the presence of His Highness Sheikh Hamdan bin Mohammed bin Rashid Al Maktoum, Crown Prince of Dubai, Dubai’s Department of Tourism and Commerce Marketing (Dubai Tourism) held a workshop on vacation ownership at Arabian Travel Market 2018. Representatives from the world’s biggest players in the vacation ownership industry plus key government stakeholders from the Supreme Legislation Committee, the Dubai Land Department and Dubai Department of Economic Development and local developers MAF and EMAAR attended the session on how Dubai can facilitate the growth of this important sector..

The workshop was a valuable opportunity to consult with industry professionals and tap their knowledge and expertise ahead of new timeshare legislation due to be rolled out in Dubai in the coming months aimed at striking a fair balance between consumer protection and the commercial interests of developers.

H. E. Helal Saeed Almarri, Director General, Dubai Tourism commented: “Dubai already boasts a world-class hospitality and tourism sector, and we believe that there exists great potential to further develop and diversify the industry for the benefit of visitors, residents, developers and stakeholders. We therefore look forward to meeting with representatives from some of the most experienced and well-known vacation ownership companies in the world to better understand their needs.